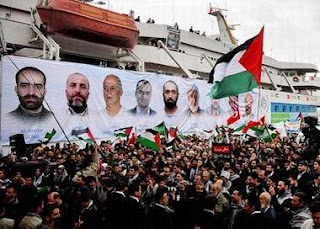 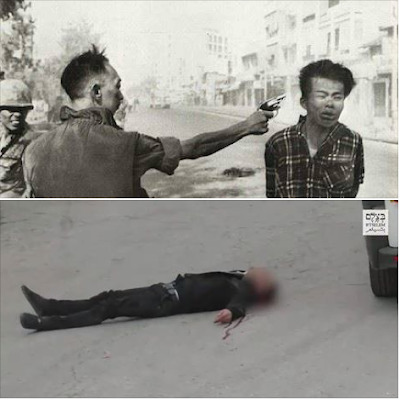 Look at those two photos, one from Saigon and one from Hebron. The first one shows the execution of a Viet Cong prisoner in the middle of a Saigon street. After seeing this photo people in the US began to realize what was going on in Vietnam and some argue that this photo marked the beginning of the end of US war in Vietnam although it took some few years more until the image was translated into a political decision.
The second photo (and the video at: https://youtu.be/UMaP9yBojA0) shoes a similar murder in cold blood. This time in Hebron in occupied West Bank. Can we hope that this image is an eye opener, the begining of the end of Israels crimes in the occupied Palestine? Would this video be translated into a political awaness and decisions that will be the end of the occupation?
In this uncensored and non-pixelated video you can hear the loading of the gun, the shot that killed an already wounded and harmless man and you can see the unbearable lightness of shooting in cold blood, the blood flowing from the head and the indifference to a murder in cold blood of the people around.
Upplagd av Dror Feiler kl. 12:39 Inga kommentarer: 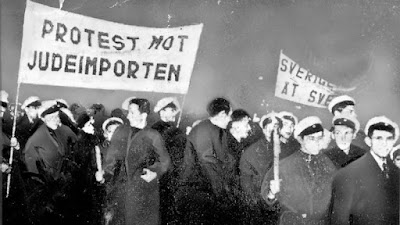 
Sweden's foreign minister Margot Walström did not link the terror attacks in Paris by Islamic State last Friday and the Israeli-Palestinian conflict. Wallström did not invent the equation ISIS=Palestinians. The Israeli right wing did. The ones who did was the Israeli politicians that within hours of the Paris attacks were capitalizing on the tragedy by likening them to Palestinian terrorism.

"In Israel, as in France, terrorism is terrorism, and its motivation is radical Islam and a desire for destruction,” Prime Minister Benjamin Netanyahu wrote on his Facebook page. Culture Minister Miri Regev posted an image on Facebook that read: “Paris 13/11, New York 9/11, Israel 24/7.”

The Israeli comparisons between the Palestinian struggle against Israeli occupation and ISIS did not begin with Paris. The right wing has been claiming for years that Palestinian violence does not stem from Israel’s actions in the occupied territories, but is a consequence of a “clash of civilizations” between the West (represented by Israel) and radical Islam. In the past year, as ISIS became the world’s new Big Bad, the comparison between Palestinians and ISIS has become a major right-wing trope.

Less than a month ago, for instance, Netanyahu claimed Palestinian President Mahmoud Abbas “has joined ISIS and Hamas” in claiming that Israel threatens the al-Aqsa mosque. And in his address to the UN General Assembly in 2014, Netanyahu said “ISIS and Hamas are branches of the same poisonous tree…Hamas is ISIS and ISIS is Hamas.”

Wallström expressed in Swedish public television was her worries about the radicalization of young Swedes fighting for ISIS. Wallström said: “Obviously we have reason to be worried, not just in Sweden but across the world – because there are so many that are being radicalized. Here, once again, we are brought back to situations like the one in the Middle East (occupation, oppression in Irq, Syria...), where not least the Palestinians see that there is no future. We (the Palestinians draw the conclusion) must either accept a desperate situation or resort to violence.”